Making frostings from scratch is encouraging for any beginner baker. These frosting recipes are so simple anyone can make them.

Frostings are rich and decadent while elevating the overall cake. It’s always good to know different frosting recipes when you start cake decorating. These frostings are perfect for piping and making cool designs.

American buttercream is richer and sweeter, it’s made with butter and powdered sugar. Next is whipped cream is light and airy and I’ll show you how to make it so it can sit out longer. Finally, we’ll talk about Swiss Meringue Buttercreams which is light and fluffy and almost tastes like ice cream. The swiss meringue refers to the style of meringue versus other meringue like Italian or French. Swiss is the easiest for beginners to learn and be successful at.

Tips before we begin:

With these simple tips, you’re ready to start making homemade frostings. Here are 10 delicious frosting recipes that will help you create amazing and delicious cakes!

Vanilla Buttercream is one of those frosting recipes that every baker should know, so it deserves a post of its own. Since it can be the base for other flavored buttercreams, I feel it’s essential to get it right from the beginning. But don’t worry there’s nothing fancy or even complicated about this recipe. Get the recipe at Vanilla Buttercream for Cake Decorating

Cream Cheese frosting is creamy and velvety smooth with the perfect balance of tangy and sweet. This cream cheese frosting is a tried and true frosting that is pretty straightforward with only five ingredients required so anyone can make it. Since it’s so easy to spread and pipe it’s a great frosting to use for cake decorating. Get the recipe at How to Make Cream Cheese Frosting

Chocolate buttercream is another popular frosting that everyone loves. You can use milk or dark chocolate cocoa powder in this recipe. This chocolate buttercream can be used on cakes, cupcakes, brownies or cookies. It has the perfect balance between sweet and chocolatey! Get the recipe at Campfire S’ mores Cake

Lemon thyme buttercream is incredibly delicious with a lemon blueberry cake. This buttercream is made with thyme infused butter and a homemade lemon gel that packs a punch of lemon juice and zest without watering down the buttercream. The earthy thyme and tangy lemon are the perfect compliment for a not so sweet frosting. Get the recipe at Lemon Blueberry Thyme Cake

Guinness is a dark rich beer that lends itself to pair perfectly with chocolate. The sweetness of the chocolate compliments the bitter notes of the Guinness beer. Guinness is used in the cake and the frosting so you know it’ll taste delicious! Get the recipe at Chocolate Guinness Stout Cake

How to Avoid These Common Baking Mistakes

Get this FREE checklist to learn how you can avoid these 9 common baking mistakes!

Thank you for signing up! I can't wait for you to get started!

The tequila lime buttercream is unique in creating a lime gel that holds the concentrated flavor of lime juice without diluting the buttercream. Fresh lime zest and juice is critical in the buttercream as it balances out the sweetness. Finally, the hint of coarse sea salt on top of the buttercream makes you feel like you are enjoying a real margarita! Get the recipe at Margarita Cake

This silky smooth Swiss Meringue Buttercream that you will want to eat out of the bowl. Many of my clients swear they hate buttercream (and prefer whipped cream) because they think it’s so sickly sweet and everyone just scrapes it off their cake… until they try this buttercream. It has definitely changed their minds. It’s made with egg whites, a little bit of sugar and butter. It starts by making a meringue and folding in the butter until it’s light and fluffy and basically tastes like ice cream. Get the recipe at Swiss Meringue Buttercream

With these frosting recipes, you’ll easily create amazing and delicious cakes! In the comments below, tell me what’s the #1 thing you’re struggling with baking and cake decorating?

For real, though. I’m a real human being and read every comment I get. Don’t be surprised if I reply to a few of you! 🙂

How to Avoid These Common Baking Mistakes

Get this FREE checklist to learn how you can avoid these 9 common baking mistakes!

Thank you for signing up! I can't wait for you to get started! 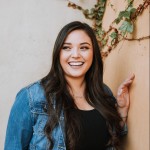 Katie started her journey as a food blogger to share her love of food and cake decorating! She knew very early on that she has always wanted to make people happy through all things creative. Katie's goal is to help others create memories and experiences through cakes and delicious recipes!

I’m Katie – the creator behind XO, Katie Rosario from Los Angeles, CA. I believe that being a great cake decorator starts with confidence in the kitchen. With simple tips and tricks you too can be a CAKE QUEEN!

How to Decorate Your First Cake – Online Course

Sign Up for the Wait List and be the first to get this NEW online cake course when it's released!

This cake course will teach you everything you need to know to make beautiful cakes at home.
You'll get video and written tutorial so you can have the best experience!

How to Avoid Common Baking Mistakes

Get Started with Thursday Tips

Every week, I'll send new cake decorating tips to help improve your skills or teach you something new. Add your name and you'll get the next one!

Open
Learn how to make this spring flower cake that is

Open
This mermaid buttercream cake is made with soft va

Open
This Peanut Butter and Jelly Cake will make going

Open
It's Monday, so there's no better way to start a n

Open
Another year, another challenge my friends. But, I